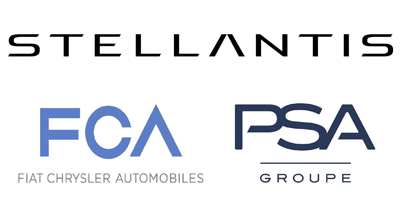 PSA Group and Fiat Chrysler Automobiles (FCA) have revealed that their plans for a merger have been approved by shareholders by an overwhelming majority – with more than 99% of the votes cast in favor of the transaction.

The resulting business, named Stellantis, is set to be the world's fourth largest car maker, with combined revenues of £144 billion. By combining the efforts of two OEMs, Stellantis aims to sell more than 8.7 million vehicles each year and benefit from cost savings of £3.2 billion. There are currently no plans to close any plants.

Following the mutual agreement for a 50:50 merger, FCA and Groupe PSA expect to complete the combination on 16 January, 2021.

The merger is expected to bring together both manufacturer’s capabilities in key technologies such as electrified powertrains, autonomous driving and digital connectivity.

The board will be composed of 11 members: five from FCA and six from Group PSA (including Tavares). Furthermore, John Elkann, the current chairman of FCA’s board, will also become the chairman of Stellantis’ board.

Tavares said: “Our merger is a huge opportunity to take a stronger position in the auto industry as we seek to master the transition to a world of clean, safe and sustainable mobility and to provide our customers with world-class products, technology and services.”

What about the captives?

Provided that the merger goes ahead, a question remains over what will happen to the two groups’ captive finance providers – FCA Bank and Banque PSA Finance? In order to assess this, it is helpful to gain an idea of the size of each captive.

The economics of size

In its H1 2020 accounts, FCA Bank revealed that it had made a net profit of €225 million whereas Banque PSA Finance failed to reveal its net profit.

For FCA Bank, new retail, leasing, and rental volumes were €4.7 billion, with 1.7 million retail financing and rental active contracts, although these figures are boosted by including the rental contracts during the period.

It is likely to be too big a job to amalgamate FCA Bank and Banque PSA Finance due to the size and number of customers each captive has, as displayed above. Stellantis is likely to keep the two finance companies separate from each other but share aspects like credit searches and risk evaluations between them. This would achieve lower operating costs on third party services and avoid the stress of combining the two captives.

The overall merger can likely be attributed to the economics of running such large corporate groups. For example, by merging the two groups, they will be able to pool their electrification strategies and funds, thereby reducing operating expenses further and making it easier for them to meet the ever-increasing expectations of the regulators.s