In an exclusive article produced for the report, Jochen Jehmlich, CEO of Societe Generale Equipment Finance, said the industry was seeing fundamental changes as a result of technological developments.

He said: “To remain a leader in the leasing industry, Societe Generale Equipment Finance (SGEF) has adapted to changing behaviours and new demands from both vendors and end clients. The main trend that we are currently seeing is a strong move from traditional acquisition of equipment towards a usage service approach.

“This is happening not only in the healthcare space but also in other industry areas such as the transportation sector. In the last year, we have also seen an emergence of deals that include new technologies such as the Internet of Things (IoT).” 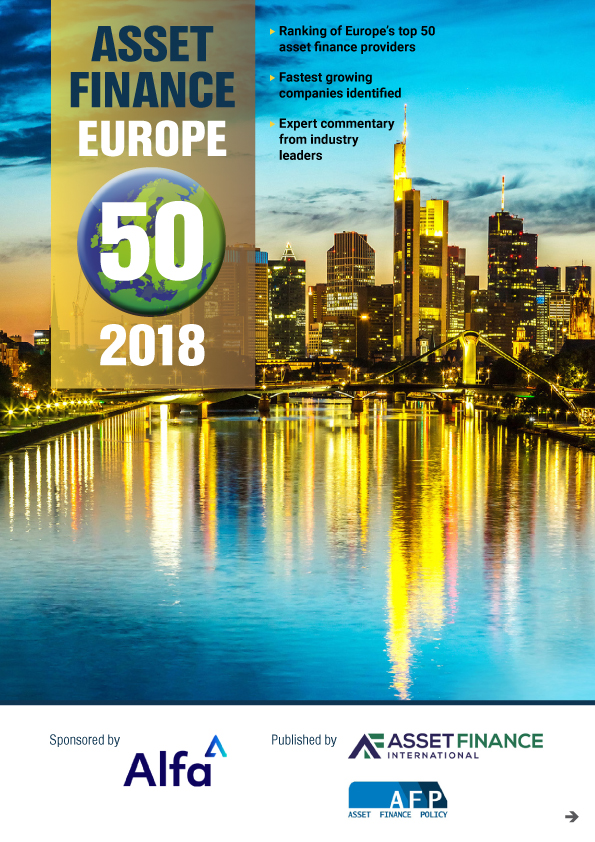 While the AFE50 reveals 15% growth in receivables for Societe Generale compared to last year’s report, the largest 10 players have seen their overall market share decline.

Meanwhile, the 25 companies at the bottom of the table have seen their market share rise from 19.5% to 20.1% between the 2017 and 2018 report, increasing their lease receivables by more than €3 billion.

The Alfa-sponsored report, now in its second year, reveals that despite the change, bank-owned leasing companies still dominate, with 73% of lease receivables, followed by auto captives (11%) and independents (8%).

The AFE50 also contains analysis of the largest asset finance companies by sector, with Scania identified as the largest captive, LeasePlan the largest independent, BMW the biggest auto captive and AerCap the largest rail/aviation company.

The 2018 listings were compiled in mid-2018 using the latest publicly available full-year data.