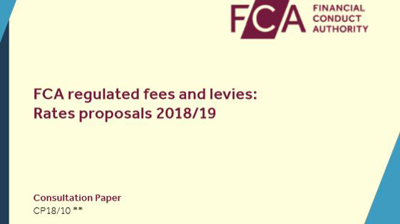 The UK’s Financial Conduct Authority is set to approve key changes to fees for regulated hire agreements that could save asset finance providers millions of pounds.

In a recent update on its consultation on regulated fees for the next year, the FCA has proposed making changes that would see fees for regulated hire agreements treated in a similar way to regulated credit agreements.

Currently, the FCA ‘levy’ on a £20,000 hire agreement might be £20 per year compared to £5 per year for a similar credit arrangement.

A panel of industry experts had argued for the change and encouraged the industry to make their views heard in the recent consultation on the fees.

Davies said: “The effect of this will be to significantly reduce the FCA fees paid by many companies across the equipment and vehicle leasing industries, and ensure that other consumer credit firms pay a fairer share of the regulatory system.

“This will benefit all lessors in these sectors and should be seen as a major achievement.”

The FCA is funded entirely by the fees and levies recovered from the firms it regulates, with no subsidies from other sources.

The details are in the FCA's 2018/19 regulatory fees proposals, which were published last week. The final consultation will close on June 1, with a policy statement expected in July.