Why we need Barclays back in the Asset Finance 50

The sale of Barclays’ remaining UK asset finance business means far more than the loss of a top 10 AF50 company; it must also raise questions about the future of leasing for UK banks, according to industry consultant Julian Rose.

Barclays’ announcement in April that it was selling what remained of its UK asset finance business came too late to be reflected in this year’s Asset Finance 50 (AF50), the annual ranking survey of the UK leasing industry based on the latest published financial accounts. By the next edition, the Barclays name is likely to be missing.

The significance of this is about far more than the loss of a top 10 AF50 firm and one of the UK’s top four banks serving over a million business customers.

It must also raise questions about the future of leasing for UK banks, who collectively account for 52% of the UK leasing industry, according to the AF50 analysis. If Barclays no longer sees a future for providing in-house leasing, can we be sure that others, for example NatWest, Lloyds and HSBC, will continue to do so?

It could be, of course, that Barclays somehow wasn’t able to make asset finance work. With the product being so small - the asset value when sold was just over £1 billion, compared to total Barclays UK lending of £211 billion - the Bank might have simply decided it is just not worth the bother.

The 2019 accounts for the leasing subsidiary Barclays Mercantile Business Finance showed a pre-pandemic accounting profit after tax of £23 million, equivalent to 1.7% of total assets. It is not a huge return, but along the lines of those being achieved by other large banks.

Accounting profit only tells part of the picture for banks, for whom return on risk-weighted assets is probably a more important measure.

Under the Basel regulatory framework on bank capital adequacy, leasing does not automatically attract a favourable risk weighting, despite the obvious advantages arising from the security of the asset. Measured by return on risk-weighted assets, leasing can appear unattractive as compared to residential mortgages or even certain credit card lending.

Banks can apply to use internal models that apply lower risk weightings for asset finance, but it involves extensive analysis and sometimes there just is not enough leasing data within an individual bank to confirm the results.
Among the top four, HSBC and NatWest appear to have achieved this, judging by their Pillar 3 annual prudential disclosures. It is unclear from our analysis whether Barclays or Lloyds have done so, or whether they bundle leasing with unsecured SME loans. 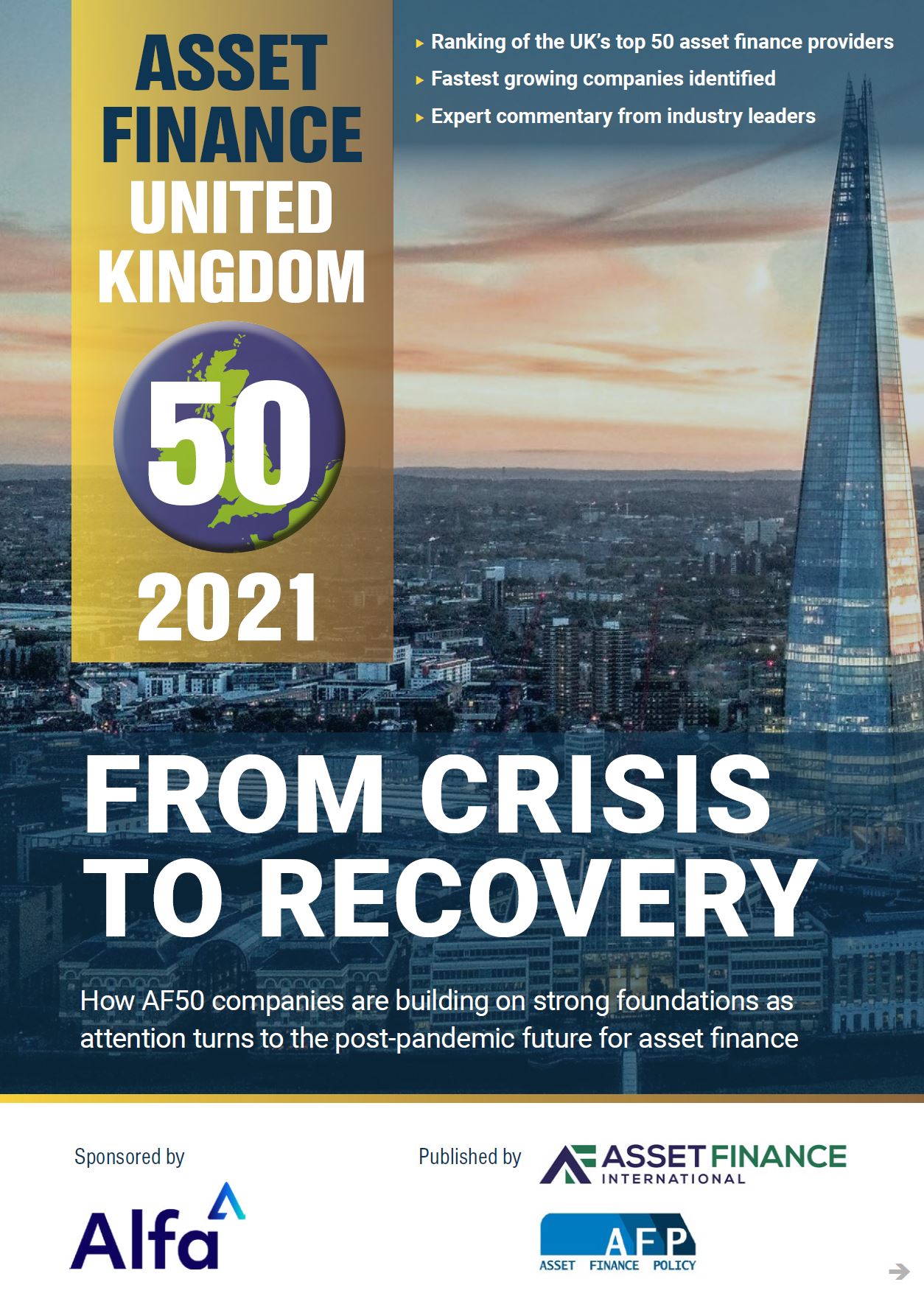 The large European banks with UK leasing operations use internal models. In the past five years, the AF50 has tracked how non-UK lessors have gained market share, from 50% of the market in 2017 to 54% in 2020.

At the time of its sale, Barclays’ asset finance business was reported to have 1,500 customers, so basing any modelling on that base would be tricky.

Many of these are likely to have been plant and equipment rental firms, a sector that makes up around 13% of total leasing in the UK with around £6 billion of outstanding finance. The end-users of the equipment for rental firms are one step removed from the bank, further complicating modelling.

The story on capital requirements doesn’t end there. As part of the implementation of the global Basel 3 rules, due to be completed by 2023, regulators are introducing constraints on the benefits from using internal models.

There is one potential workaround for this problem. Under Basel 3, regulators can apply preferential risk weights of certain ‘specialised lending’ exposures, with the idea that this will better reflect the unique characteristics of products. At a European level, there is a lot of work being undertaken, including by the European leasing federation Leaseurope, to secure this for European banks.

Although the UK Prudential Regulation Authority has recently consulted over implementation of Basel 3, there seems less impetus in the UK compared to Europe for leasing to be awarded a beneficial ‘specialised lending’ treatment. That could still change but a key input is data - not only data from individual banks, but cross-industry data - to convince the regulators that it is the leasing product that is inherently low risk, not only the recent track record of a single bank.

With improvements to capital treatment, it should become obvious again that any UK bank serious about serving its SME business customers has to provide in-house asset finance options. If prudential rules were part of Barclays’ decision, we could then see it return to the AF50 in the not too distant future.