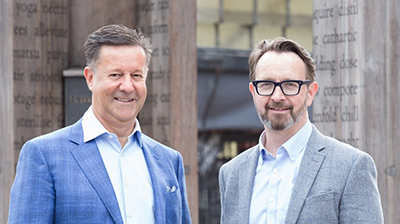 One of the asset finance sector’s longest established recruitment consultancies is gearing up to celebrate 30 years in business on 20 July. CBC Resourcing Solutions made its debut, initially as CBC Associates, in July 1992, and its directors, Graeme Chisholm and Miles Clarke, take a look back at three decades of the ups and downs of industry trends.

Some things have come full circle: the timing of establishing a new specialist recruitment business wasn’t ideal – inflation was on the march, oil prices were spiking, interest rates were in the stratosphere, house prices were falling and the UK was in the midst of a recession.

As to why the newly fledged recruitment company was called CBC - it was as scientific as these were the initials of the three founding partners, Graeme Chisholm, Nigel Blakey and Miles Clarke. 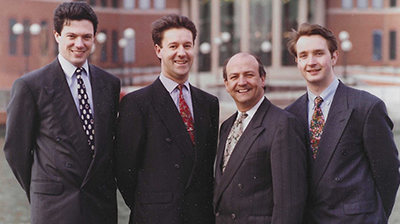 The three ex-bankers had initially ‘fallen’ into recruitment with Ray Hewitt and Tom McCrindle at Hewitt Management Selection, the original specialist recruiter for the business and consumer lending industry. Ray Hewitt sadly passed away in 2010.

CBC’s focus was to satisfy the insatiable demand for sales people for the numerous UK motor and asset finance companies and the commercial banking community – all with extensive and expensive branch networks across the UK.

Back to the Nineties

Looking back to the 1990s, Miles remembers recruitment as relatively easy by comparison to now – moving people between the various finance companies and banks, often for a modest rise in salary and a better spec of company car. The process of moving seemed much easier and less thought through than nowadays.

CV’s were piled up each day and posted out to the HR Managers and the phones were busy all day with interview arrangements and candidates looking to register. The national and regional press were full of job adverts every Thursday and Sunday, often running to 40 pages each week.

Slowly technology changed everything. The use of IT and mobile telephones created a more efficient and faster-moving financial services sector and CBC evolved to match it.

For CBC, offices were opened and closed, and consultants came and went, many of whom went on to establish their own recruitment businesses – hopefully viewing their time at CBC as a great learning for future success.

The financial crash of 2008 changed everything. CBC had become immersed in Big Bank recruitment, running national campaigns for the likes of Bank of Scotland and RBS and the team swelled to well over 20 people.

Then in September 2008, ‘the music stopped’. Industry-wide recruitment freezes were imposed and the future looked very bleak and uncertain for a recruiter who relied heavily on the UK lending sector. To make things worse CBC had recently bought a new build office with capacity for up to 40 people, and with a big commercial mortgage.

Graeme describes the next couple of years as ‘character-building’ and an exercise in resilience, cost management and focus and an experience which changed the outlook and attitude of the directors for good.

He comments: “The Financial Crash brought opportunity in the shape of the challenger banks and the opportunity to help ‘build out’ Aldermore Bank enabled the business to survive and thrive in a fast-changing market. Helping to build out a new bank when all other banks were in freefall exposed CBC to new functional areas previously unexplored and gave the CBC team an insight into a whole new world of opportunity and broaden its expertise. Confidence amongst the remaining team increased and some very rewarding and stimulating campaigns emerged, not only in the UK but across Europe and beyond.”

Up to the present

The last ten years have brought highs and lows for CBC. Nigel’s sudden passing in 2018 was a massive shock and the pandemic brought flashbacks of the 2008 challenges.

However, the last few years have been relatively kind to CBC, Graeme notes. The government’s economic support measures introduced when Covid hit were a major help to the economy and after the month or so of sheer desperation, 2020 shaped up fairly well and the last year or so have seen some good activity across a range of clients across all markets.

The current UK employment market is somewhat overheated – demand for quality staff outstrips supply and the need for recruiters to perform above and beyond has never been more important. Counteroffers abound and economic turbulence is creating bad behaviours. Active candidates are often running with multiple opportunities with multiple recruiters and salary expectations and aspirations are becoming unrealistic.

A good recruiter needs to have a well-developed network of contacts and relationships to maximise the chances of success, once mandated.

CBC are blessed with a dedicated team of experts who care about integrity and delivery - all of whom have been with the business for over 18 years. CBC also has a core of loyal customers – clients and candidates – who value the knowledge, expertise and friendship that 30 years brings.

And three decades on, Miles and Graeme remain as passionate and committed to the industry as they were at the start of their journey. They have every intention of remaining at the forefront of recruitment, supporting candidates and clients, declaring that “CBC appreciates how many people have placed their trust in the team to help them achieve their career aspirations now and over the years and it plans to continue to be a specialist recruiter of choice for many years to come.” 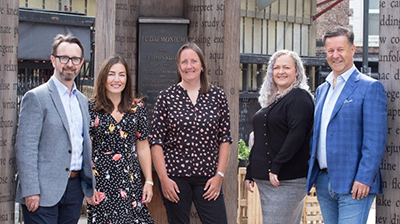