Simply going for gold with £323,000 funding for mining equipment finance 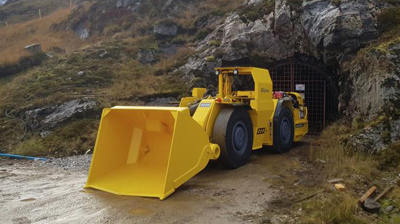 Scotgold is a gold exploration and development company that owns the Cononish mine in Scotland, near Loch Lomond.

Cononish is the first commercial gold mine in Scotland. It produced gold for the first time in August 2016 and now aims to extract more than half a million tonnes of ore over the next 10 years.

The assets purchased included an excavator, a loading shovel and a dumper.

Ross Pickburn, regional sales manager at Simply, said: “This was an incredibly interesting deal to work on, not least because it was the first gold mine I’d ever helped fund.

“It’s great working with a company that produces Scottish gold and a team that is creating jobs in the area. Thanks to Kevin at Hodge Plant, we got to know about the needs of the company and were able to structure a deal that worked for all parties.”

Simply was founded in April 2017 by a team of industry specialists, in response to the need for innovation and disruption in the asset finance sector. It now has a team of 85 and works with over 2,500 SMEs across a variety of sectors, including manufacturing, construction, transport and recycling.