A Rollercoaster Year: The biggest events and trends in a year of turmoil 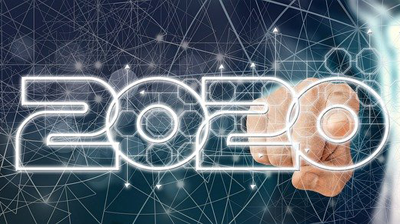 As the asset finance industry enters the new year and resumes trading following the holiday period, Asset Finance International looks back on some of the most significant trends of the previous year.

The UK auto finance market achieved strong performance at the end of 2019, resulting in the value of new business reaching £38 billion, according to figures from the Finance & Leasing Association (FLA).

Armed with a healthy and innovative marketplace, the auto and asset finance sectors were keen to forecast what the new year would bring. For example, Wagonex anticipated subscription models would be the largest trend in the retail auto market in 2020. Others postulated that digitalization would be a key focus, considering that customers were more likely to buy online than ever before.

February – warnings from the East

However, in February, whisperings of the Coronavirus were emerging from China and analyst Fitch Solutions was one of the first companies to pick it up. In a report, the company predicted that the global economy would grow by 2.7% in 2020, with a “slight uptick” of 0.1% compared to 2019. However, it warned of an increasing number of indicators that suggest a cyclical bottoming out of the economy, among them the Coronavirus outbreak in China.

At the time, it was impossible to predict the crippling effect that the virus would have on the entire world’s economy. Originally, the Fitch’s forecast for the global economy was for it to grow by 2.7% in 2020; however, according to the International Monetary Fund, it is now projected to shrink by 4.4%.

Following the announcement of the Chancellor’s annual Budget statement on 13 March, the pandemic began to directly affect European auto lenders by disrupting supply chains and halting vehicle production – and no assets meant no leasing.

As automakers’ factories across mainland Europe were shutting down, the FLA revealed that total asset finance new business fell by 28% during the month, compared to March 2019, pulling the market down by 15% for the first quarter of the year, compared with the same period in the year before.

April – a blow to mobility

Then, as the Term Funding Scheme was announced with the aim to better support small businesses, Maven, the car-sharing service from General Motors, announced it would be closing operations. The news came a month after the business suspended operations in response to the pandemic, with General Motors taking the decision to “transition our resources to other GM businesses where there is greater potential for profit and growth.” This market the first major commercial victim of the pandemic, and the latest blow to the shared mobility trend.

As May came around, the falling demand for asset finance accelerated in the UK as new business dropped 60% compared to the same month the year before. FLA figures showed that the total asset finance new business declined 44% in the three months to the end of May, compared with the same period in 2019.

In contrast, the consumer car finance market saw a small improvement in demand during May compared to April. The total value of advances was down 78% in May, compared with 2019, but this represents an improvement on April, when the market collapsed by 94% year-on-year at the height of the Coronavirus crisis.

However, news finally emerged from the UK government stating that motor dealerships in England would be able to reopen on 1 June. This news was much needed for both the UK and the wider auto industry, as the SMMT claimed that every day that the country’s 4,900 strong network of car dealerships remained closed was costing the UK Treasury £61 million.

As the dealerships reopened, marking the first sign of hope for the recovery, another unforeseen challenge raised its head. Hackers had been quick to capitalize on the fears and vulnerabilities that the pandemic had highlighted in some organisations, with a dramatic spike in phishing email scams featuring lures and false government tax refunds that encourage click-throughs that lead to the revelation of personal data.

Similarly, according to financial insight provider Refinitiv, the number of global cases of financial crime had risen to 1,880,591 at the end of April, with the daily increase rate appearing to peak in mid-April at 100,000 new cases a day.

Moving into the second half of the year, new business in the UK consumer car finance market grew by 19% by value and 9% by volume in July compared with the same period in 2019. This marked a much-needed return to growth following the 30% reduction in business volumes witnessed during the previous seven months.

Alongside this development, the UK Financial Conduct Authority announced that the existing forbearance support would continue for an additional three months until the end of October.

Then, in the week following this decision, the Regulator announced it would be implementing a ban on discretionary finance commission models in a bid to change the way finance is sold in dealerships. The move is set to put additional responsibility on dealers when communicating financial promotions to consumers, but also means less control when setting interest rates on finance products.

September – neglected IT left in offices

Traditionally, the arrival of September marks a new plate-change in the UK which many companies had hoped would draw out some of the pend-up demand caused by the pandemic. However, new car registrations in September 2020 fell by 4.4% compared to the same month the year before with only 328,041 passenger cars hitting the roads.

This marked the worst September for new car registrations since the 1999, according to figures from the SMMT. The figures also showed a 33.2% fall in UK registrations in 2020 to-date, equaling a 615,000-unit shortfall.

However, UK new and used car finance applications processed by Experian rose to 597,000 from 1 July to 24 August, compared with 481,000 in the same period during 2019, signalling a 24% increase. This means that less people were buying new cars in 2020, but of the proportion who were still acquiring new vehicles, more were using finance as a means of lessening the financial burden.

Towards the end of the month, the UK government launched the National Data Strategy; an attempt to stimulate the post-pandemic adoption of data-based services, including a £2.6 million project to address current barriers to data sharing.

On the topic of digitalization, technology lifecycle management solution provider, 3stepIT, revealed that large quantities of corporate IT equipment was sitting in empty offices across the UK following the lockdown. This included some

34% of office desktop PCs and represented a significant opportunity for businesses as idle tech often holds residual value which businesses could use to boost cashflow.

In November, the UK government solidified plans for half of all new cars to be ultra-low emission by 2030.

However, a study released at the time by Rivervale Leasing stated that 75% of registrations were for petrol or diesel cars suggesting that the UK is not ready to make the change to EVs. Coupled with the infrastructure-related concerns, the report suggested that the government’s plans were not going smoothly.

Despite this, prime minister Boris Johnson revealed a new 10-point-plan for a green industrial revolution, covering key topics such as clean energy, transport and innovative technologies. Mobilising some £12 billion of government investment - hoped to spur more than three times as much private sector investment – the key focus was to stop the sale of new ICE vehicles from 2030, some 10 years earlier than the initial deadline.

With a focus on the future of the auto industry, Jaguar Land Rover announced plans to develop a smart city hub to enable the real-world testing of connected technology. This includes the simulation of a variety of road environments and traffic scenarios where self-driving vehicles would share the streets with cars, pedestrians and cyclists. Based in Ireland, the hub will provide research opportunities for autonomous, connected, electrified and shared vehicles.

In the latter weeks of the year, the UK government announced several green finance measures to come into effect following the end of the Brexit transition period. These measures are designed to ensure that the UK remains a competitive international centre for financial services. They include proposals to introduce a mandatory climate-related financial disclosures framework, and proposals to establish a green taxonomy to determine whether an activity is environmentally sustainable.

As the last piece of major news for 2020, a report from Hitachi Capital Business Finance revealed that a significant proportion of small businesses are considering making use of finance to enact their plans for 2021 as confidence slowly returns to the market following the pandemic.

The research revealed that some 56% of small business owners were considering using finance for some of the plans they had set for 2021, marginally up on 53% in 2019.

Furthermore, 27% of respondents forecast growth in the first three months of 2021, up from 13% in Q2 2020 when the pandemic was in full throttle. The proportion of small business expecting to scale back in this period decreased in December to 27%, down from 59% in Q2.

As the world entered the festive period, the dreaded Brexit negotiations continued until the prime minister achieved a deal on 24 December with no tariffs or quotas. This welcome news only served to build on the feeling of hope thanks to the new COVID-19 vaccine being deployed in select locations across the UK. However, within the first week of the New Year, the feeling of hope was dampened slightly by the government’s announcement of a new national lockdown on 4 January.

Perhaps a sentiment of cautious optimism is more appropriate at the present time. Whilst the world may have to wait some time for normal market conditions to return, many asset finance companies – and the businesses they support - now benefit from an established ‘remote working’ infrastructure, and the experience garnered through previous lockdowns.