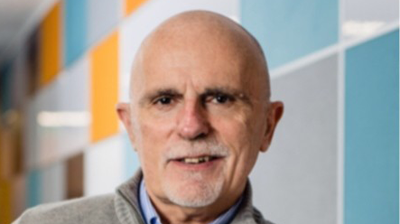 Asset Finance International, alongside his friends and colleagues in the auto finance industry, was much saddened to learn of the death of Peter Landers, director of strategic partnerships at MotoNovo Finance.

Following the challenge of ill health going back to 2018, Peter faced a new battle with Covid-19 during December 2020 and finally succumbed in the early hours of New Year’s Day.

Peter was an auto-finance man to the core, and learnt his trade up through the ranks of the industry starting with United Dominions Trust (UDT) where he worked from 1982 to 1989.

Having worked at a senior level within The Associates, Capital Bank, Bank of Scotland, Lloyds Banking Group and Grant Thornton, Peter joined MotoNovo Finance in 2016, initially as head of strategy and most recently as director of strategic partnerships.

MotoNovo’s CEO, Mark Standish, said: “A consummate professional, Peter was well-known and respected across the banking, asset finance and motor finance industries and advisory circles. His calm demeanour, in-depth industry insight, diligence and sense of humour earned him a broad circle of trusted friends and colleagues.”

Standish added reflections of Peter that reverberate throughout the industry. “Peter,” he said, “was a gentleman and an unflappable role model. As well as being a fantastic colleague during our time together at Bank of Scotland and MotoNovo, he was also a great friend over the last 25 years. Like I’m sure many, I will miss his wise counsel, unwavering support and expertise but above all else, his humility, caring nature and razor-sharp wit.”

The move to Capital Bank

Leaving UDT in 1989, Peter progressed to Security Pacific Bank in 1989 as national motor product manager UK, and in 1991 he moved to Associates Capital Corporation where he was appointed general manager UK motor division.

The year 1996 saw Peter move to Capital Bank (Bank of Scotland) where he oversaw the merging of Forthright Finance and created and developed the UK’s first bank-owned sub-prime motor finance operation.

It was at Capital Bank that Peter first met Graham Filmer, MD of Rocket Performance Group.

Filmer said: “In 1996 a small gang of us joined North West Securities (NWS) at around the same time. Ostensibly, our remit, even if we didn’t know it initially, was to ‘re-boot’ the various parts of NWS’ motor finance portfolio.

“Peter’s role was to develop, launch and head up FINAX, the UK's first bank-owned sub-prime motor finance operation. At the same time, I was appointed to lead marketing across all motor finance businesses. It meant we worked together across all the businesses to launch FINAX and shared the experience as the old and new businesses and people within NWS came together as Capital Bank.”

He added: “The ‘dynamic’, or arguably chaotic, nature of the change programme challenge was illustrated by Forthright Finance, of which FINAX was a part running with two boards of management for a while and by the very traditional NWS business trying to get to grips with the idea of sub-prime finance.

“In meetings with Peter, I vividly recall the two of us being amused and bemused by the machinations around us. Without words, Peter’s twinkling eyes, often accompanied by a wry smile or facial expression, aided by his height, always spoke volumes. These messages conveyed his wicked sense of humour. Conflicts were avoided and diplomatic progress was made.”

Graham Filmer added humorously: “When the US sub-prime consultant flew home on discovering how different the UK credit scoring process was; ‘it can’t work’ was the gist of his parting words, Peter stayed calm. Quietly determined, considered, humorous and the embodiment of collegial in his approach the way he lived and worked, Peter made FINAX work. It marked out the way he operated throughout his career. I shall miss him.”

At this time Peter also worked as a colleague with Peter Cottle, now head of automotive sector at Growcap. Cottle told Asset Finance International: “We worked on the same executive team at Capital Bank for around 10 years. As a colleague Peter was very calm, thoughtful and insightful.”

Cottle, who rose to be senior director at Bank of Scotland Corporate, especially recalls a visit with Peter to the US to visit the National Automobile Dealers Association (NADA) conference in 2003 in San Francisco. “It was,” Cottle remembers with fondness, “a good conference spent with good company.”

Peter Landers then rose to be head of sales, wealth and international at Lloyds Bank Group for a two-year period from 2010 to 2012. The opportunity then presented itself to join Grant Thornton (GT) in a consultant capacity. From 2012 to 2016 he worked with Tarun Mistry, who was GT’s partner, head of financial services- corporate finance.

Mistry, now director at T. Mistry & associates, said: “I met Peter when he had just finished working in Ireland and we agreed for him to join the team. Transitioning from industry to an advisory role is not a straight forward move - however, Peter made it look simple.

“I put this down to his professional approach, superior knowledge of the motor finance sector and the broad respect he commanded from his network. This extended into the broader GT team, with which he had a good relationship and was always available and willing to pass on his knowledge and expertise, especially over a coffee (or three). When he moved on from the team he left a big hole, which we never really filled.

Mistry added: “Peter was a critical part of the success of the Grant Thornton team and I will always remember and respect him for the contribution he made. However, upmost I will remember him for our one-on-one meetings in which he challenged me to think broader and beyond the immediate objectives for the team.”

Moving to MotoNovo Finance in 2016 Peter became a regular, and most welcome, delegate at International Asset Finance Network’s asset finance conferences. This writer recalls the value that was always earned by linking with Peter at these events and gleaning not only the cutting-edge topics in the industry but also hints as to how the variety of sessions could be developed in future conferences.

Peter is survived by his two sons to whom he was incredibly close. Our thoughts, prayers and deep condolences are with them, his wider family, close friends and the many colleagues who worked closely with him.