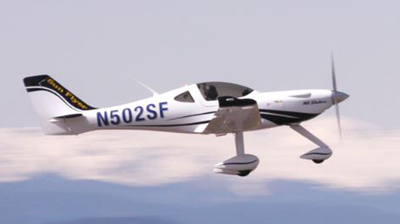 The fledgling manned electric aircraft industry is in need of patient investors and asset financing as companies start on the road to developing new technology, according to IDTechEx.

The emerging technology research company said those companies that have started off with simple applications are seeing some success with Bye Aerospace attracting $165 million in business in one year.

Another company, Ampaire has advanced electric aircraft technology available but it has started with a relatively straightforward replacement of one engine in a small Cessna propellor plane to create hybrid electric versions.

The IDTechEx report also expressed concerns about most of the 100 or so developers of vertical takeoff and landing VTOL pure electric aircraft.

Das said: "We believe that pure electric EVTOL (electric vertical take-off and landing) will eventually be a great success.

“Uber is a company developing this technology and has deep pockets and realistically long timescales for such aircraft, knowing they have huge hurdles to overcome.

“That includes batteries currently unable to provide long enough endurance for good margins of safety, particularly over a city.

“There will also need to be radical changes to air traffic control, to regulations and more.”

For example, some fixed-wing pure electric aircraft are approaching five hours and 1,000km in range, while VTOL technology is currently limited to around one hour of flight time.

He said: “These problems take a long time to solve. For example, solar airframes make sense for longer range fixed-wing aircraft but not VTOL.

“Very patient investors are hard to find and most VTOL developers would be wise to learn from companies such as Bye, Ampaire and those converting seaplanes to electric and walk before they try to run."